OffseT released a new version of his emulator for the MorphOS operating system. It emulates the Amstrad CPC old generation and the Amstrad Plus, too. The emulator was written from scratch, so it isn’t just a port of an existing open source Amstrad CPC emulator. Due to its very precise audio and video renderings, ACE should be your first choice to watch demos – if you have a MorphOS system around.
If you are a MorphOS user and want to use your Amstrad CPC software under MorphOS, don’t hesitate and download it from the ACE homepage. 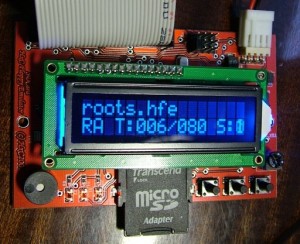 A new version of the HxC floppy emulator software for Windows was released in version 2.1.6.0. Besides some non Amstrad CPC releated features, it contains the possibility to add DSK files to the batch converter export list now.
The HxC floppy emulator is a device, which emulates a floppy disk systems by using disk images, which are contained on a SD card. It is the defacto standard for Amstrad CPC users to replace the internal or add a new 3″ drive. Thanks to Norecess’ great HxC floppy configuration software, it is nicely integrated into the system of the Amstrad CPC and very easy to use.

You can download the latest version from the HxC floppy emulator homepage.

SAMdisk is a tool to convert floppy disks into various disk images which can be used in emulators. It works with almost all PC floppy controllers and supports also some copy-protected formats. It requires that you have fdrawcmd.sys, a low-level floppy disk driver, installed on your system. 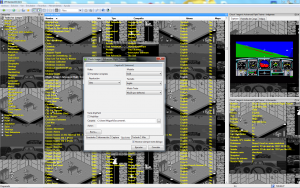 A new updated version of the CPCGamesCD, which contains CPC emulators and games combined with a nice frontend where you can select and start the games, was just released. You can download the ISO image from its CPCGamesCD homepage at Amstrad.es.