Ok, just a first impression from the german CPC meeting… The first day is over, I had some sleep and now I have some time to write a few words. Here some first pictures which I took yesterday.

This are most of the naming tags, only some are missing… The missing ones are AFAIK Villain, Kangaroo and Brainblaster. 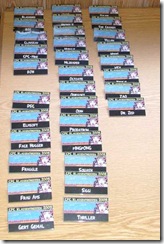 For this meeting they also created a mug. 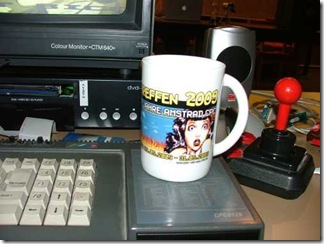 From left to right: Gert Genial, Ythcal (front), Face Hugger (back), BSC and Kangaroo Musique. They are playing some instruments to some CPC tunes (btw, Kangaroo and BSC are playing a Kazoo). 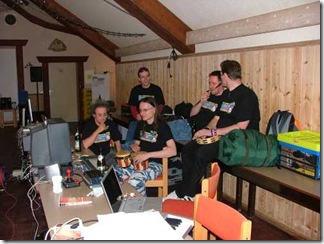 Tolkin presented a new preview of Giana Sisters remake, which is a co-production of TFM, Tolkin and Kangaroo. I think you will hear more about it some days after the meeting. 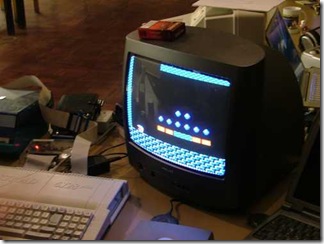 Odiesoft showed a first version of his game Megablasters. At that time it ran in Mode 1. 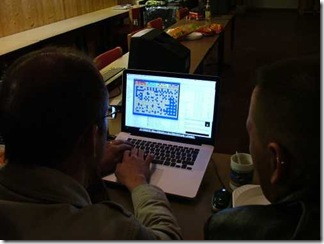 Ok, that’s all for now. I will try to write a bit more if I have enough time during the next days.