4Sceners and Bitfellas published their favourite demoscene productions for the year 2016 and it is great to see three Amstrad CPC productions in their list, too. Ranked on 3rd place in the category “Best Music Disc” you will find the CPC vs. Virgill music disc by Tristar and Red Sector (TRSI). The other two productions can be found in the “Best Scene Game”. The awesome Pinball Dreams preview by the Batman Group ranked on the 2nd place (hey, this is just preview – what can we expect from the final product :-)) and ranked on the 7th place you will find the game Outlaws by RetroBytes which won the CPCRetroDev 2016 competition. You can have a look the complete results on the 4Sceners website (german).
It is always great to see Amstrad CPC productions mentioned in demoscene :-). 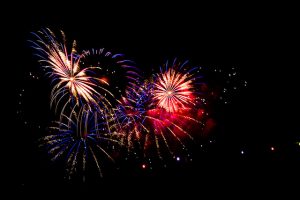 My best wishes to you for the year 2017 and hopefully we see another thrilling year like 2016. If we look back at 2016, we saw an awesome amount of new productions, hardware and a lot of new people joining the Amstrad CPC community. So a big thank you to all the authors who dedicate their spare free time to the development of new retro games, utilities, etc. and a big thank you to all the other people who are discussing, produce videos and dedicating their free time to their hobby as well.
As you might have noticed, in 2016 I have changed the way, how I write the news on this page and try to continously provide you with news instead of writing 3 news a day (ok, let’s not look backward at yesterday – that was my own firework on this page ;-)). This was a success so I will keep this system. Another thing, what I want to change is to use SSL for my website. Currently I am investigating how much effort is necessary to change the whole website to SSL.
Finally, if you are an author and your awesome work is not mentioned here, then don’t hesitate to use the contact form and submit it here. I am always happy about any submission I can get for the news :-).

Finally – again – a happy new year 2017 and my best wishes for you and your families! Maybe we see us on an event like the Revision, the Evoke or the XzentriX :-)!

As promised, Keith56 released his new bullet hell shooter for the Amstrad CPC 6128 & Plus on the 31st December. In the good old tradition of bullet hell shooters, you are playing a side-scrolling game with enemies, shooting an extreme load of bullets to you, which you have – of course – to avoid. Here is the introduction from the author:

“Chibiko didn’t get any presents from Santa this year… in fact, in the last year she’s been killed by
God, banished from hell, and reincarnated as the enemy of all mankind -so it’s pretty likely she will
never get in his good books again!
Still, she can always do without that ‘gotta-buy-it’ plush doll, and the coal is always useful for
burning ‘leftovers’.
What’s a whole lot less welcome is the strange monsters that have been lurking around the
mountains lately – and now they are infesting HER castle!
Join Chibiko in her unholy battle against the invasion of badly drawn, cliche and generally uninspired
enemies, pummel your way through 4 levels of brainless firepower crazy action – and unleash hell on
the 4 end level boss enemies!”

You can download the game (and its source code) from the website of the game or at the end of this news. Of course, you can also discuss it on the CPCWiki forums.

Chibi Akuma(s) is a bullet hell shooter by Keith56 for the Amstrad CPC 6128 and the Amstrad Plus.

Chibi Akuma(s) is a bullet hell shooter by Keith56 for the Amstrad CPC 6128 and the Amstrad Plus.

Roudoudou worked on a compressor / decompressor which uses the LZ48 / LZ49 compression algorithm on the Amstrad CPC and released his work in the CPCWiki forums. The compressor is inspired by the LZ4 compression algorithm of Yann Collet and the modifications fits well to the Z80 CPU of the Amstrad CPC. The advantage of this compression method is, that the decompression code is very small (83 bytes) and very fast. The disadvatage is that there are other compressors which feature a better compression ratio, but require more memory and more time for decompression as well.
You can get more information about the modified algorithm and download the assembly source from the CPCWiki forums. You can also find a version for SDCC / CPCtelera and binary files for Windows there.