NoRecess, who is well-known for his demos, tools and also interviews in with CPC sceners, released a work in progress video of his game for the Amstrad Plus / GX4000 computers. It is called SonicGX and obviously it is a Sonic the Hedgehog game and features a framerate of 50Hz and around 40 colours on screen. He plans to show other previews during the development and wants to release the game at the end of 2020. So keep your fingers crossed that we will have a cool jump and run game at the end of next year :-). Until then: subscribe his Youtube channel to get informed about his next previews and enjoy the preview…

And another demo that was shown during the oldskool demo competition on the Revision demoscene party in Saarbrücken, Germany: “phX” by Condense. It was under development for nearly 5 years and wow… it was great to see the demo on the big screen and get the reactions from the audience. Have a look by yourself:

As always, you can download the demo from Pouet.net (don’t forget to vote).

I guess that you have already seen the great demo “Logon’s run – 3D meets the aging bits” by Overflow / Logon System, which was released on the Revision 2017 demoparty in Saarbrücken / Germany. Norecess worked together with Overflow and released a “Making of” on his site in which all the techniques, which were used in the demo, are explained and how they were evolved until they reached the final state. Be sure to read it, because it is a great way to understand how this great demo works and maybe you get an idea for your next production :-). You can find the article on Norecess homepage.

Norecess released a new version of his SDCard HxC Floppy Emulator Manager which works on the Amstrad CPC 464 and 664 now. If you already own a HxC floppy emulator, this tool is a must have for you. You can get the disk image or ROM image here. 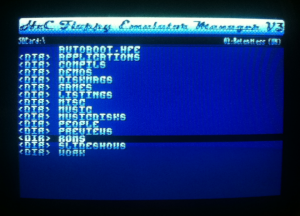 Norecess released the source code of his demo Phortem and his development environment for the Amstrad CPC called Phactory. Both projects are not maintained anymore, so if someone is interested to take over… :-). You will also find Ceds graphics and Arnoldemus track loader in Phortem. 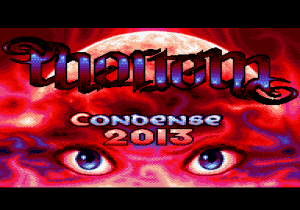 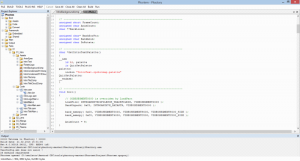