Jahrome11 released the first Amstrad CPC emulator for Google’s Andoid operating system. The emulator is based on Ludovic Jacommes WizCAP32 emulator which is a Caprice port for the Gamepark Wiz. Currently this emulator is only supposed to work on devices which have a physical keyboard connected to the device.

You can download the emulator from its page at Google Code. 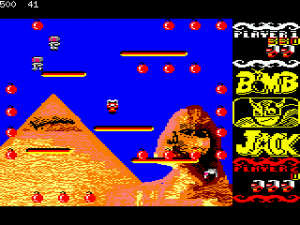 The demogroup Impact just released a new XMAS demo. You can download it from Pouet (don’t forget to rate the demo :-)) or at the end of this article. 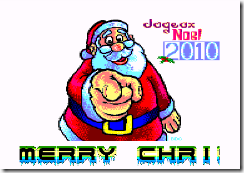 The SDCC C cross-compiler is now available in version 3.0.0. It is also possible to produce binaries for the Amstrad CPC with it (see this [[SDCC and CPC|CPC Wiki article]]). Here are the features of the final 3.0.0 version:

As always you can download it from the SDCC homepage.

A little bit late, but anyway: Artaburu released a new version of his utility library for the Z88dk C compiler. E.g. Mariano the dragon or the recently released Nanako Descend To Hell was written with this library and so it contains a lot of graphics functions, key functions, map functions, etc. You can download it from the official homepage of the CPCRslib.

Here are the changes since my last posting:

Bug in cpc_WyzPlayer corrected. When saving the player interrupt jump, the code was being corrupted due to a bad definition of the address where the original jump was being saved.

Condense released a new demo for the Amstrad CPC. It is inspired by the Amiga demo “State of the Art”. You can download the DSK image from the CPCWiki or at the end of this posting – and don’t forget to vote for it on Pouet.

Here is the video of the demo, but be sure to watch it on the real hardware:

Phreaks is a demo by the demo group Condense which was inspired by the Amiga demo "State of the Art".