Day 2 is over and so we come to the final day of the meeting here in Erlangen. Yesterday was – as always – Bergkirchweih time. You can see more in the pictures, which I took.

Kangaroo is playing music on a Nintendo DS with Korg DS-10. Ythcal, Gert Genial, Odin, Face Hugger and Nurgle have the opportunity to listen to him ;-). 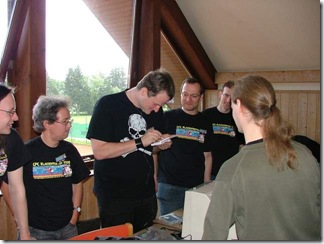 No meeting without hardware defect. CPC-Mike’s monitor decided to send smoke to the people and died during the meeting. Nilquader, Dr.Zed and Face Hugger opened the monitor and had a look at it. You can see Villain in the background who doesn’t care about that (only on his ranking in the football manager). 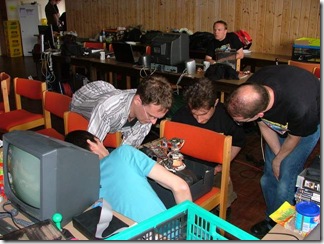 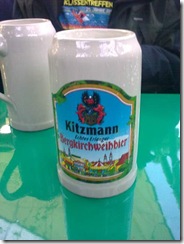 …we also took a before and after photo of Gert Genial. Left: Before we went to the Berkirchweih. Right: After some beers ;-). 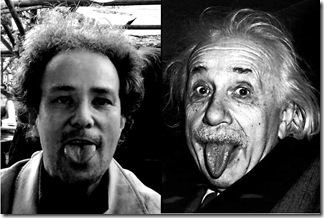