Good news from Arkos: The Arkos Tracker, a Windows based music tracker program, will be released within a few weeks. You can compose songs on the PC which will be later played on the CPC or any other computer which uses the same music chip (AY-3-891x and YM2149). It will be released with a pack of Z80 players and tons of music and sounds.

For now, you can have a look at the video: 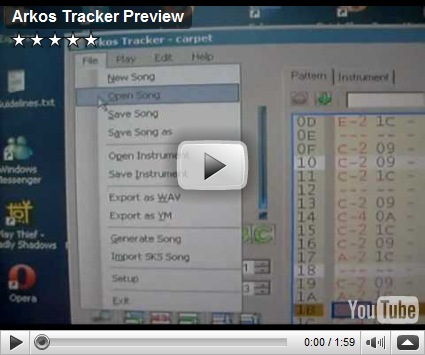 About the sound effects:

One Response to “Arkos Tracker on the way”