Flynn released a port of his Amstrad CPC emulator called WinCPC for the MacOS-X operating system. It is currently in alpha stage, but the following features are already implemented:

You can download MacCPC directly from Flynn’s homepage or at the end of this posting.

[UPDATE: Flynn updated the emulator to version 0.9.2. This version resolves some problems with screen output in MacOX 10.6] 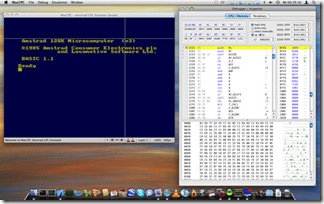 MacCPC is a port of the great WinCPC CPC emulator to the Apple MacOS-X operating system.