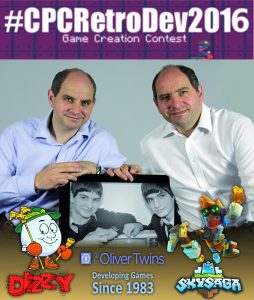 Great news for all the developers who participate in the CPCRetroDev 2016 development contest this year: the Oliver Twins, well-knows for producing a lot of CPC games, will join the jury for judging the entries and give feedback to the participants. They also will participate at the pricegiving ceremony at the University of Alicante to personally hand over the prices.
You can fin

There is still enough time left to develop your game for the CPCRetroDev contest, so start developing your awesome game… now :-)!

The BASIC tenliners contest is over for a while now and so it is time to have a look at the results. There were 3 submissions related to the Amstrad CPC by Devilmarkus (Micronoid), EgoTrip (Bounce) and Corpiano (SOS Aereo) and lots of other BASIC tenliners for other computer systems such as the Commodore 64, Commodore 128, Atari 8-bit. So here are the final results for the three categories:

You can get more information about the competition and download the different entries from the BASIC tenliner competition homepage.

“Write a game in 10 lines of BASIC” is the slogan of the fourth BASIC tenliners development contest. In 2011 and 2013 the contest was an internal competiton of the retro computer meeting NOMAM in Lübeck / Germany, but a lot of contributions came from all around the world in 2014 and only one was produced live on the meeting. So if you are able to develop a BASIC program for one of the following systems, you can send in your contribution (other BASIC dialects are approved if you show your program on the original hardware live on the NOMAM meeting at 11.04.2015):

You will find more information about the BASIC tenliners contest in the CPCWiki forums.

SyX and TotO are hard working to get a new mass storage device ready for your Amstrad CPC. It is compatible with SymbOS and BonnyDOS and it will additionally come with an own ROM (ACMEDOS), which allows you to access the mass storage from BASIC via RSX commands. If you already own the Mother X4 board, you can just plug it into it and use it on your CPC. You can preorder it for 24,90 EUR in TotO’s webshop. 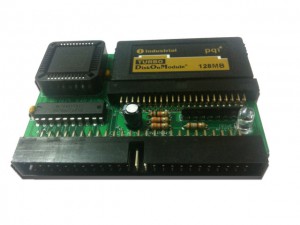 Egotrip created a Nintendo Picross style game for the Amstrad CPC in BASIC. The playfield is a grid and you have to use the clues to uncover the image. It contains about 16 puzzles. If you want to read more about the game instructions, head over to its thread in the CPCWiki forums You can download it from the CPCWIki forum or at the end of this news. 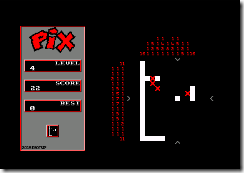 Pix is a Nintendo Picross style game by EgoTrip. It features 16 puzzles.