After 4 years Richard Wilson released a new version of his great CPC  and Plus emulator WinApe. There are a lot of changes and enhancements for the emulation, but have a look at the huge changelist below. You can download it from the WinApe homepage and at the end of this post.

Here is the complete changelist for the new version:

Do you know the MIST-FPGA board? No? It is intended to rebuild old computer systems and consoles with it. I use the term “rebuild” because it fits better in combination with a FPGA than “emulate”, because there is no program running within the FPGA, but it is real hardware which is running. Confused :-)? Anyway, the name MIST is a combination of Amiga and Atari ST, and of course, both systems are already running on the systems together with a lot of other computer and console systems, too (e.g. Nintendo NES, Commodore 64, PC Engine, etc.). Since some time, there is also an Amstrad CPC core available for the MIST-FPGA board and it was released in version r004.7.2 some days ago. The new version features some bugfixes and support for the R-Type remake by Easter Egg. So if you own a MIST-FPGA board, give it a try. You can find more information about the installation of the Amstrad CPC core and the binaries on the MIST-FPGA GitHub page. 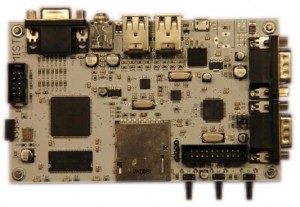 OffseT released a new version of his emulator for the MorphOS operating system. It emulates the CPC old generation and, since the latest version, the CPC Plus, too. The emulator was written from scratch, so it isn’t just a port of an existing open source CPC emulator. If you are a MorphOS user and want to use your CPC software under MorphOS, don’t hesitate and download it from the ACE homepage.

A new updated version of the CPCGamesCD, which contains CPC emulators and games combined with a nice frontend where you can select and start the games, was just released. You can download the ISO image from its CPC Wiki page.