OffseT released a new version of his emulator for the MorphOS operating system. It emulates the Amstrad CPC old generation and the Amstrad Plus, too. The emulator was written from scratch, so it isn’t just a port of an existing open source Amstrad CPC emulator. Due to its very precise audio and video renderings, ACE should be your first choice to watch demos.
If you are a MorphOS user and want to use your Amstrad CPC software under MorphOS, don’t hesitate and download it from the ACE homepage

A new version of Sugarbox, a relatively new Amstrad CPC emulator for Windows, was released. The main feature of the new version is the support for various CPC emulator disk image formats (e.g. HFE of the HxC floppy emulator or RAW from kyroflux), precise Z80 emulation (according to Kevin Thackers timing test bench) and some other features.
Be sure to test the new version of the emulator and download the latest version from http://sugarbox.free.fr.

Richard Wilson released a new version of his great Amstrad CPC and Amstrad Plus emulator WinApe. The new version contains mainly bugfixes for the last version and some smaller improvements. You can download it from the WinApe homepage and at the end of this post.

Here is the complete changelist for the new version: 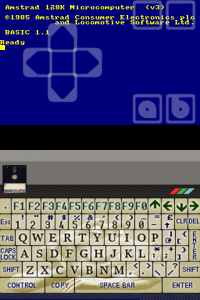