Kevin Thacker released new version of his cross-platform development tools CPCXfs and 2CDT. With CPCXfs you can transfer files between DSK images, which can be used in an emulator or to transfer files to the real Amstrad CPC, and your local file system. 2CDT is a similar tool, which is used to transfer files from your local file system intro a CDT cassette image. This can also be used in an emulator or transfered to the real machine. Both utilities are widely used for cross-platform development, e.g. with CPCtelera, to prepare your release.
You can download CPCXfs and 2CDT from the CPCWiki forums or at the end of this news. The source code is included in the ZIP archives of the release.

2CDT is an utility to transfer files from your local filesystem to a CDT cassette image file, which can be used in an Amstrad CPC emulator or on a real machine. Source code included (GPL).

CPCXfs is an utility to transfer files from your local filesystem to a DSK floppy disk image file, which can be used in an Amstrad CPC emulator or on a real machine. Source code included (GPL).

A new version of Sugarbox, a relatively new Amstrad CPC emulator for Windows, was released. The main feature of the new version is the support for various CPC emulator disk image formats (e.g. HFE of the HxC floppy emulator or RAW from kyroflux), precise Z80 emulation (according to Kevin Thackers timing test bench) and some other features.
Be sure to test the new version of the emulator and download the latest version from http://sugarbox.free.fr. 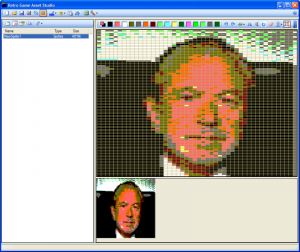 Mochilote released another update of the great CPCDiskXP utility. With CPCDiskXP you can transfer disk images to real floppy disks and vice versa on the Windows OSs. You can download it from the CPCMania website and at the end of this news.

With CPCDiskXP you can transfer emulator disk images (DSK) to a floppy disk.